On the banks of the Roubion river flowing from Mont Angèle, you will find Pont-de-Barret. On the left bank is the 12th-century Notre-Dame La Brune church, classified as a historical monument.
On the right bank is the old village on top of the hill. The village of Pont-de-Barret, perched 240 metres (787 feet) above sea level, is sheltered by a semicircle of mountains: to the north by Sainte Euphémie (607 metres/1,991 feet) and to the east by Eson (a popular climbing destination) and Briesse. The Roubion river splits the town in two, with the old village on the right bank. It flows to Montélimar, 25 km (16 miles) away, where it reaches the Rhône river. The 660 inhabitants of Pont-de-Barret enjoy living in this pleasant town with its shops, picturesque landscapes and welcoming atmosphere.
Pont-de-Barret was first a Gallo-Roman town called Savenna, located in the plain a few hundred metres from the present village. Later, it became a medieval fortress, perched on the right bank of the Roubion river, next to the present site of the Virgin. The ruins of the castle, which was destroyed at the end of the 14th century, are still visible. A church dedicated to Saint Rambert has also been destroyed. The village owes its name to an ancient bridge at the bottom of the Eson cliff.
At the top of the Sainte Euphémie mountain there was once a chapel with a little rectangular building. A hermit lived there in the 18th century. Nowadays, there is only a mountainside covered with stones. A hiking trail allows to reach the top of the mountain and circle around the summit: your effort will be rewarded with a stunning panorama of plains and mountains. Eson mountain, with its monumental red ridge, welcomes climbing aficionados. Hiking trails from the village will allow you to discover this beautiful scenery. 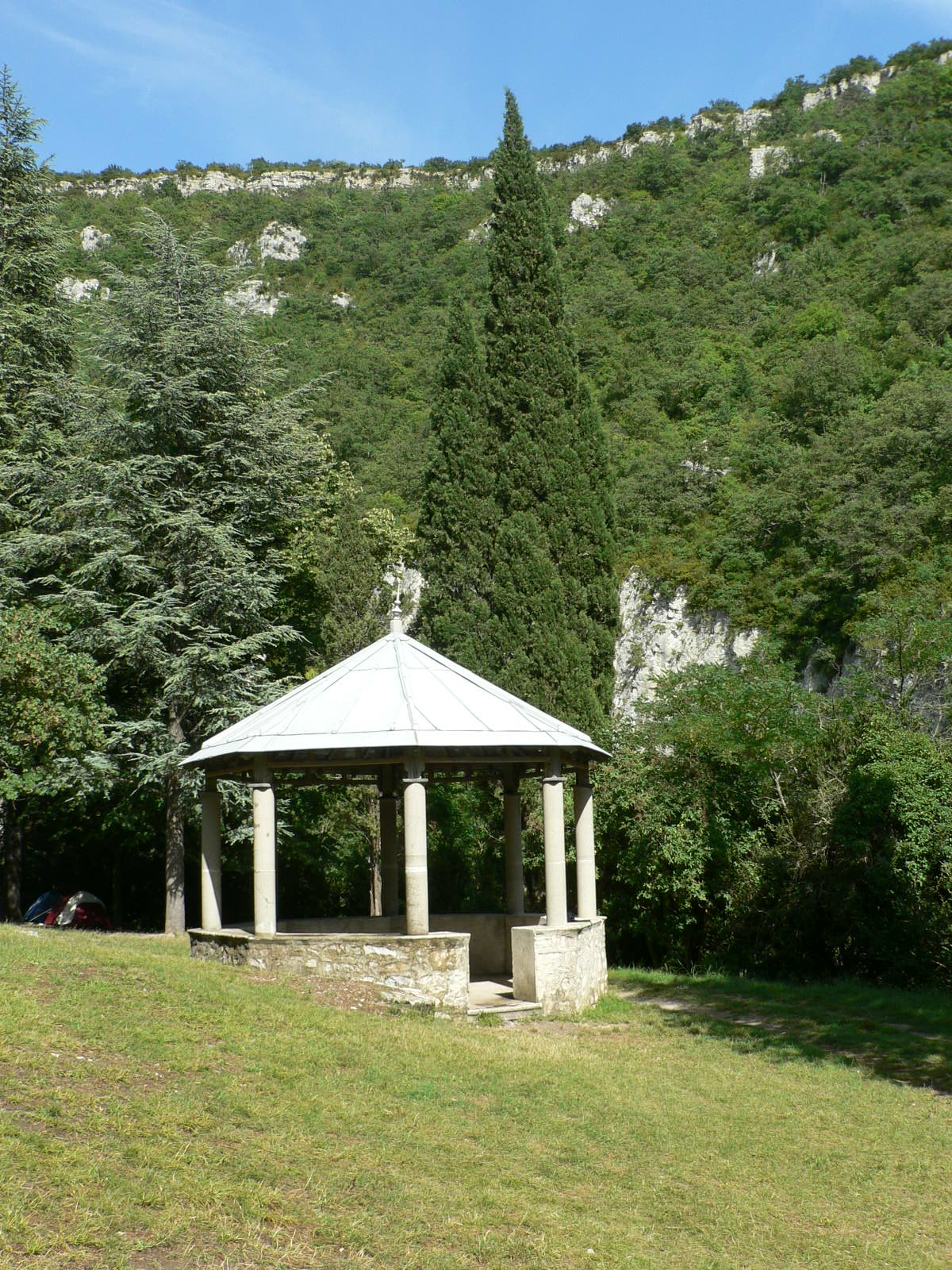 Pont-de-Barret once had a flourishing textile industry with two factories, one on each side of the Roubion river at the entrance of the village, when coming from Crest. In the 1960s, about a hundred employees worked there. Nowadays, only a few farms and construction companies remain. The schools (90 pupils), the post office, the shops, the craftsmen and the artists give the village a lively atmosphere.

The N.D La Brune church, the cobbled paths, the old bridge, the pavilion, the Virgin.