Comps rural district has the singularity of not possessing a main village but is made up of scattered hamlets. Despite this, the population exceeded 400 souls during the French Revolution. The area was settled way back in time; there existed a mote and bailey castle, now only just visible on the ridge between Comps and the village of Orcinas. Its function was to protect the local populations from attacks in this area of transit, already established as such in Roman times.

During the Carolingian period (late 8th – 9th centuries), Comps was the seat of a court for a subdivision of the Die county, which was under the control of the Holy Roman Empire and included Pays de Dieulefit and Bourdeaux. This court’s jurisdiction covered the town of Comps and part of the modern-day counties of Dieulefit and Bourdeaux (Bezaudin, Les Tonils, Crupies, Poët-Célard, Orcinas).

Comps nobility distinguished itself during the Crusades; the noble families number amongst them knights of the Order Saint John of Jerusalem (Hospitallers), such as Arnaud (Grand Master in 1163) and Bertrand (Head Prior of St Gilles Priory and Grand master in 1233)

The Comps family died out during the 18th century, when the last heir married Dalmas 1st of Vesc. The latter was mentioned in 1245 as the joint lord of Dieulefit. Thus, his heirs became lords of Comps and Dieulefit. 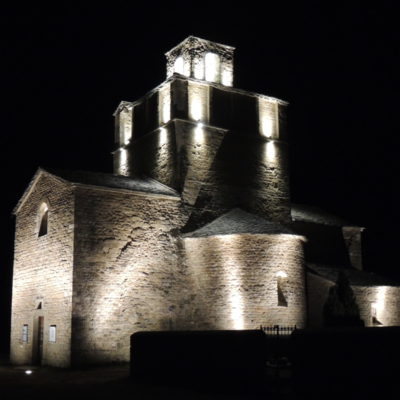 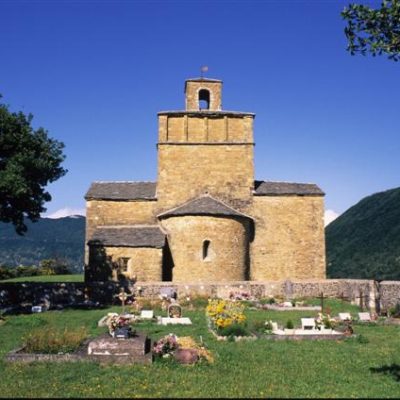 Comps rural district is home to a Norman church, perched on a hill and which was entirely restored in the 1990s. Guided tours and concerts in the summer.
From it you can enjoy views on the 12th C castle (private ownership).
You can also visit the exhibit ‘beehives of the world’ situated 200m form the church. Open July and August.
The church is open every day form 10:30 to 12:30 and 14:00 to 19:00 in July and August.
Group visits all year round by arrangement. www.compshistorique.fr