In 1685 King Louis XIV revokes the Edict of Nantes and the Huguenots lose their freedom of worship.

The resulting persecutions to conform compel at least 300 000 of them into exile.

This mass exodus had one of its starting points in the region, in the village of Poët Laval.

A modern day hiking trail recalling their route starts there, crosses at Dieulefit and reaches Bourdeaux in our area. It carries further for another 374kms divided in 29 stages. This is the French leg, which reaches the Alps at Chambery, to then cross into Switzerland and eventually, after 1800kms, end at Bad Karlshafen in Germany. 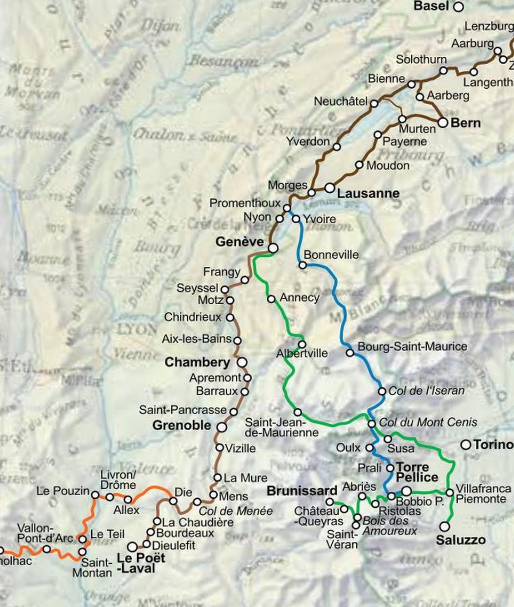 Animated by the same spirit as the pilgrims on the ‘Compostela Camino’, you can walk on the steps of the Huguenots!